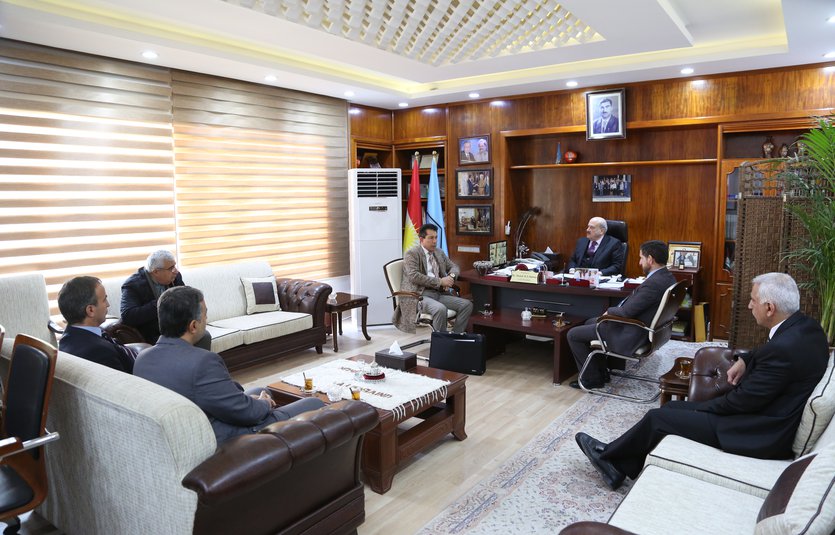 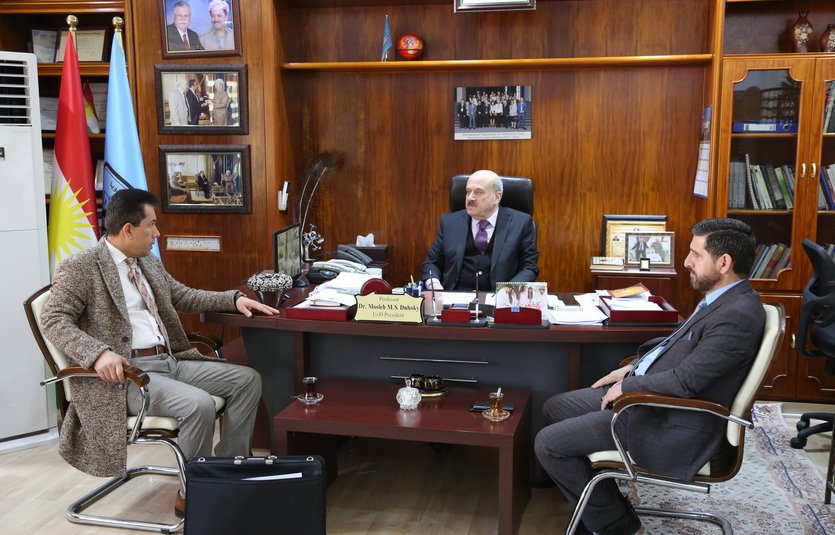 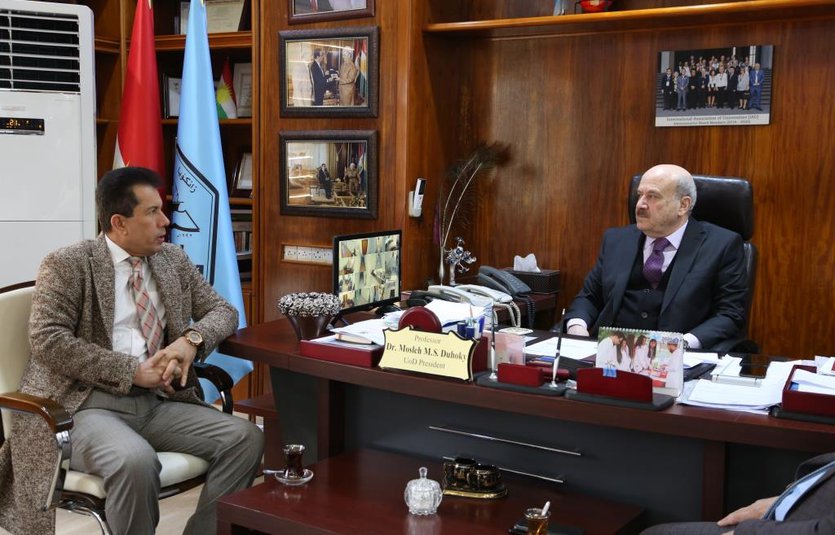 The president of the University of Duhok, Prof. MuslihDuhoki welcomed the head of the board of UNESCO, Dr. Salah Al-Jabiri, for the Study ofEliminating Genocide in the Islamic Parts of the World on 9/2/2020.

The director of the Beshkchi Center and Genocide Center at Duhok University were present in the meeting and Prof. Muslih welcomed them and stated that the University of Duhok had conducted many activities concerning the Anfal Genocide and Halabja. He also mentioned that Duhok University has an activity center called Genocide Center. In addition, theBeshki Center of published a seven-volumebook on the Yezidi Genocide. Prof. Muslihwent on to ask the head of the board of UNESCO to have good relations with both of the aforementioned centers because Duhok University will have a conference on genocide and would like UNESCO to take part in it.

Dr. Salah Al-Jabiri thanked Prof. MuslihDuhoki and said that he was happy to be welcomed by the University of Duhok. He also pointed out that they also carried out 10 activities regarding the Anfal Genocide, Halabja, Ahwaz and the transportation of people. He went on on saying that he was at Duhok University that day to build good relations with both centers (Beshkchi Center for Humanity Research  Genocide Center) in order to do many more activities, meetings, and workshops together.

The director of BeshkchiCenter for Humanity Research, Dr. NashwanShukri, declared that the BeshkchiCenter of and Genocide Center at Duhok University signed an agreementwith the board of UNESCOfor the Study ofEliminating Genocideat the University of Baghdad to strengthen their relations and do more collaborative activities.