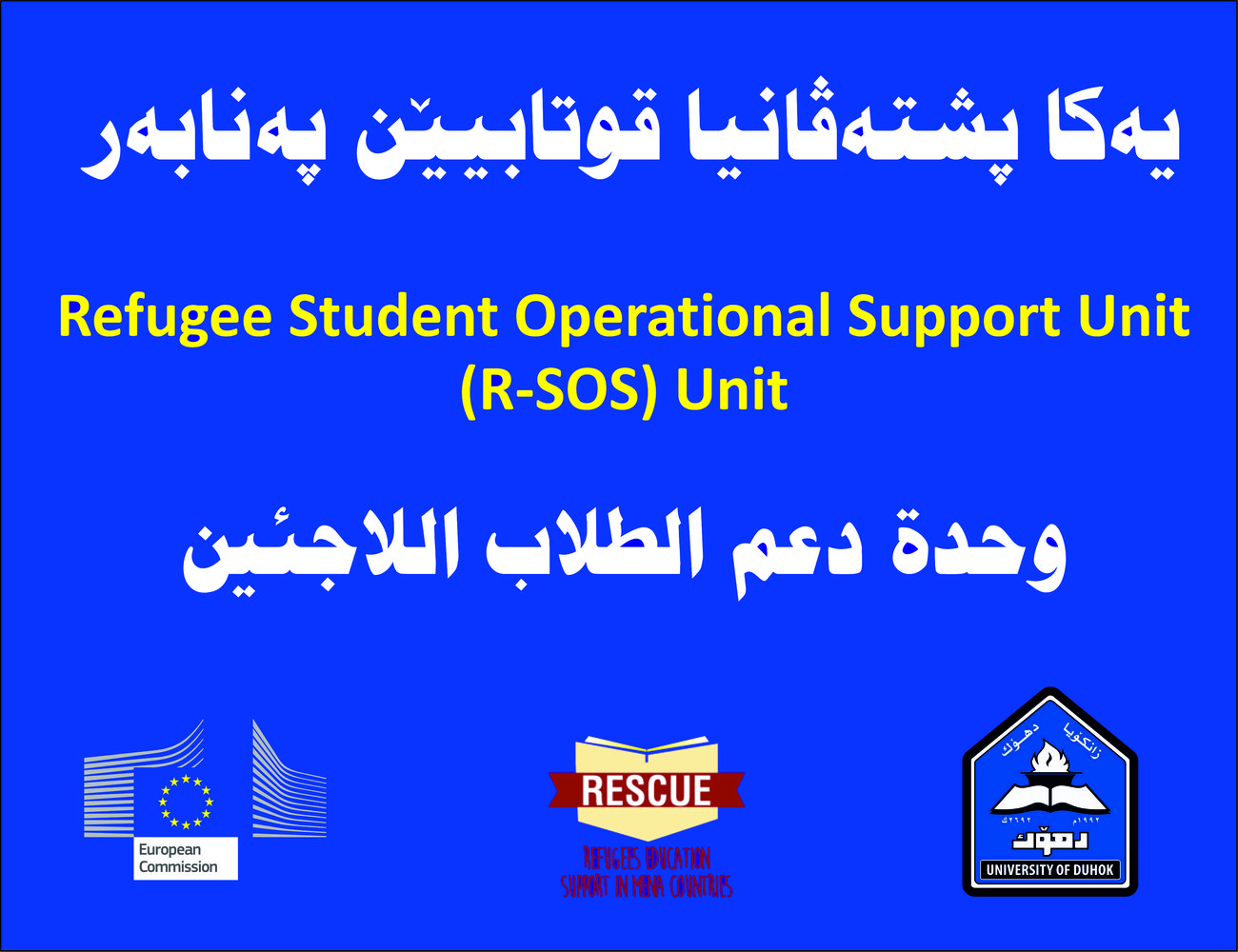 University of Duhok (UoD), which is a public governmental university, was a member of different Erasmus Mundus Programs from 2007 to 2015. And now the UoD is a partner in four Erasmus Plus (Capacity Building in Higher Education programs – Key Action II) and (Four Mobilities programs Key Action I).

One of these programs is (RESCUE) Refugees Education Support in Mena Countries, with different European universities which are created to structure an effective response to refugees’ crisis. The European coordinator of the RESCUE project is the UNIMED, the Mediterranean Universities Union.
In the Rescue project, there are several universities from the Medial East from (Kurdistan Region, Lebanon, and Jordon) where most of the refugees are located and several European universities from Italia, Spain, Germany and Turkey have participated in this project. To help the Refugee students according to the Rescue plan.
The University of Duhok will open a unit called the R-SOS unit (Refugee Student Operational Support Unit) which aims to support refugee students; guide them and to find study and job opportunities for them.
This project will last for three years from 2016 to 2019, and the International Relations office at the University of Duhok will be responsible for this unite.