Implementing Inclusion into the education system of Iraq

Nearly three years have passed since the first small delegation from Carl Von Ossietzky University of Oldenburg, consisting of Prof. Dr. Monika Ortmann and Psychologist Dorin Strenge, visited the University of Dohuk to explore possibilities of a cooperation program and a university partnership in the field of education. The goal was to initiate a process of inclusion of people with impairments in community and the education system as a contribution to a humane and tolerant society. By ratifying the “Convention on the Rights of Persons with Disabilities” at 20th of March 2013, the government of Iraq committed itself to take the necessary steps in a direction of enabling people of all ages with different abilities and handicaps participation in all aspects of society.

By now, after intensive work and a successful continuous collaboration, lots of progress has been made. Financially funded by the DAAD (German Academic Exchange Service)  a  major  step was made in May 2014, when the presidencies of both universities signed a “Memorandum of Understanding / Agreement of Cooperation” containing following options:

Core of the project is the newly implemented study course at University of Dohuk„ Disability Studies and Rehabilitation” which is running for already two years and serves a growing number of students (3/2016: 53 students in the first cohort, about 140 in the second) who could be the future in creating opportunities for disabled people in Kurdistan and the whole of Iraq.

Prof. Dr. Ortmann and her team at University of Oldenburg is determined to support the colleagues in Dohuk by advisory regarding the study curricular, by evaluating the needs in scientific content and methodical expertise and transferring experience during several already realized or still planned joint science conferences and by inviting colleagues from Dohuk to extended stays in Oldenburg. During those stays an intense program of visiting educational institutions, schools and organizations working with impaired people, the participation in lectures, seminaries and meetings at the university and in the end of the stay a two-week science conference involving more colleagues from Dohuk and German professionals from different relevant fields will be organized.

Such an extensive program is possible thanks to the increased funding of DAAD since 2015. Both sides hope to continue the positive cooperation and maybe extend it until 2018, but the road is not without obstacles. A major issue is the security situation in Iraq which convinced the university presidency in Oldenburg to issue a travel restriction for all scientific personal. All German team members are aware of the difficult economic situation Kurdistan and the colleagues in Dohuk are facing, additionally hampering the work in research and teaching. Nonetheless, both sides are optimistic and motivated to continue the successful collaboration and hope to have an impact in improving the situation of impaired people in Iraq. 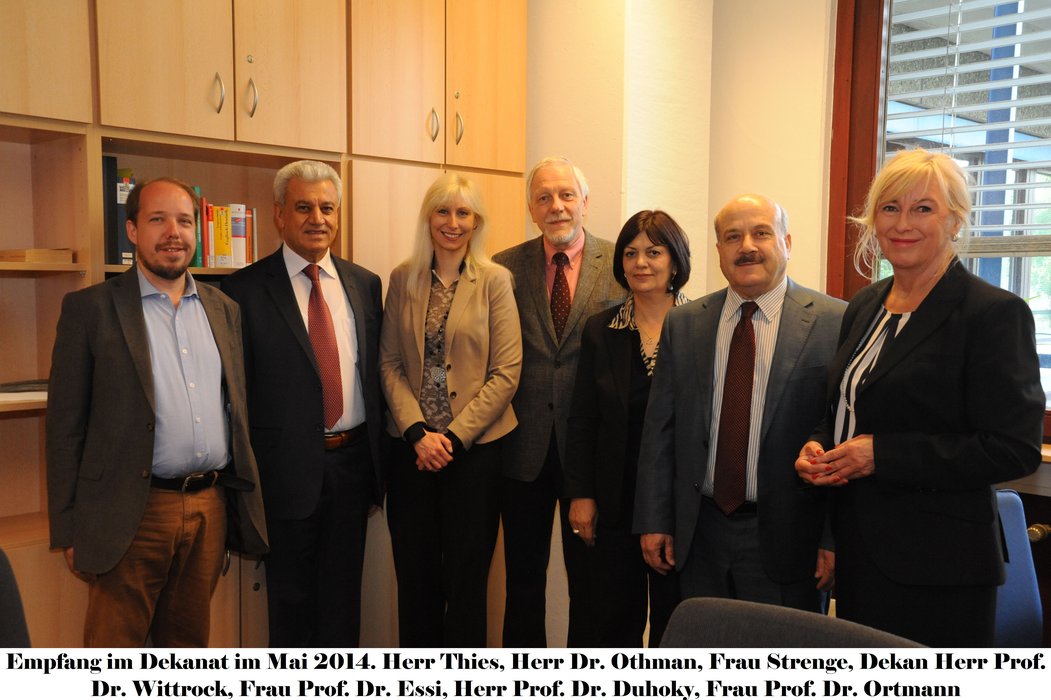 Reception by the Dean of the Faculty of Educational and Social Scinences, Uni Oldenburg 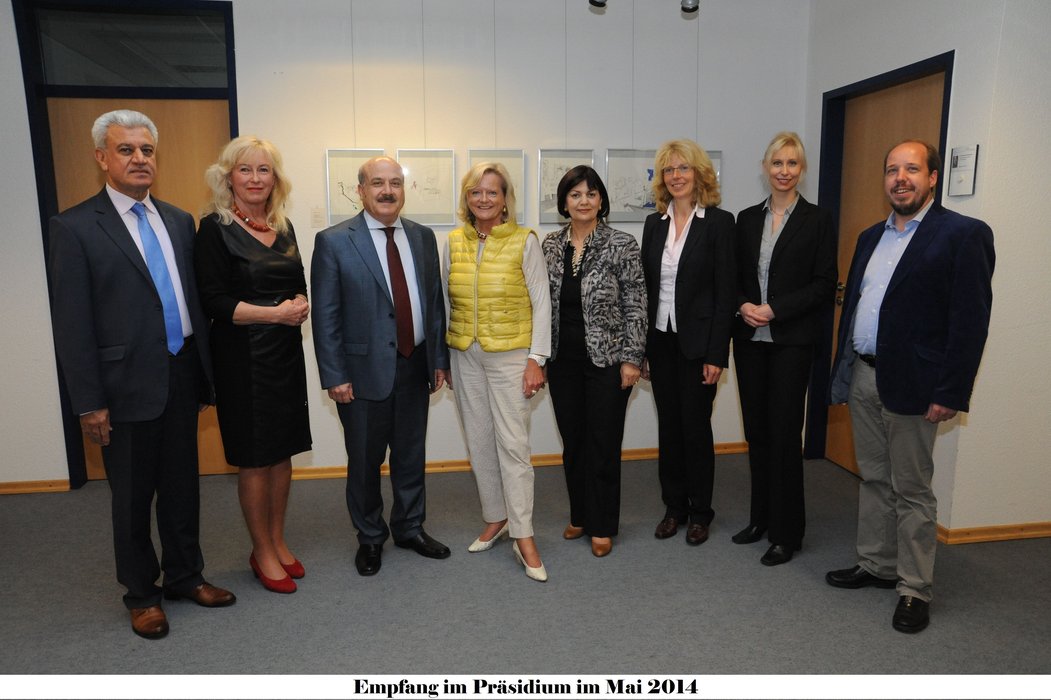 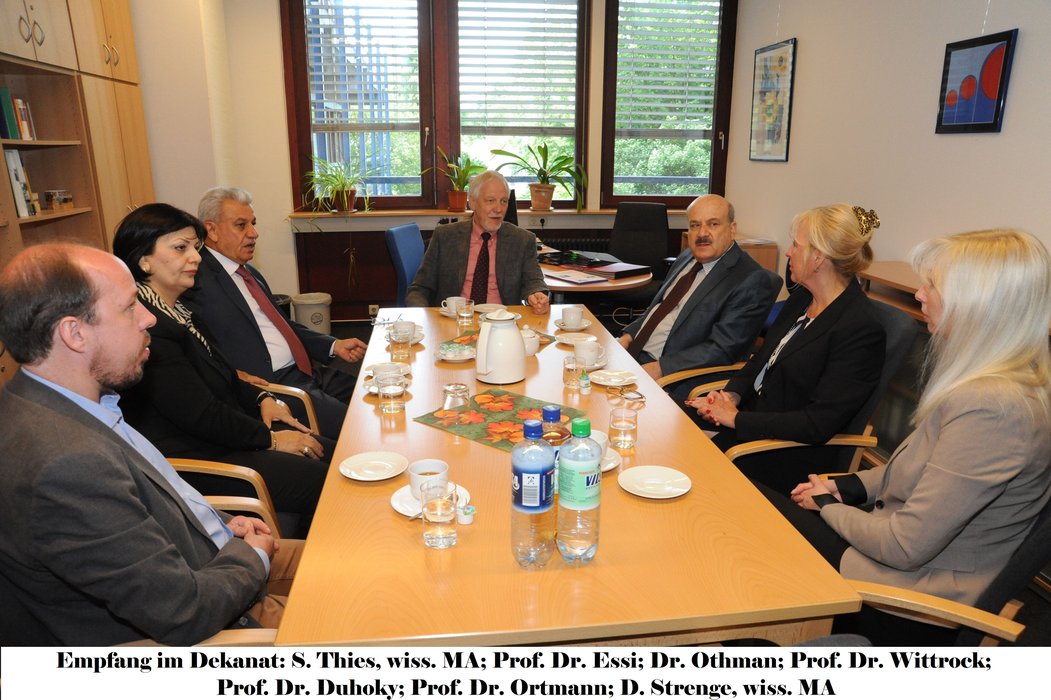 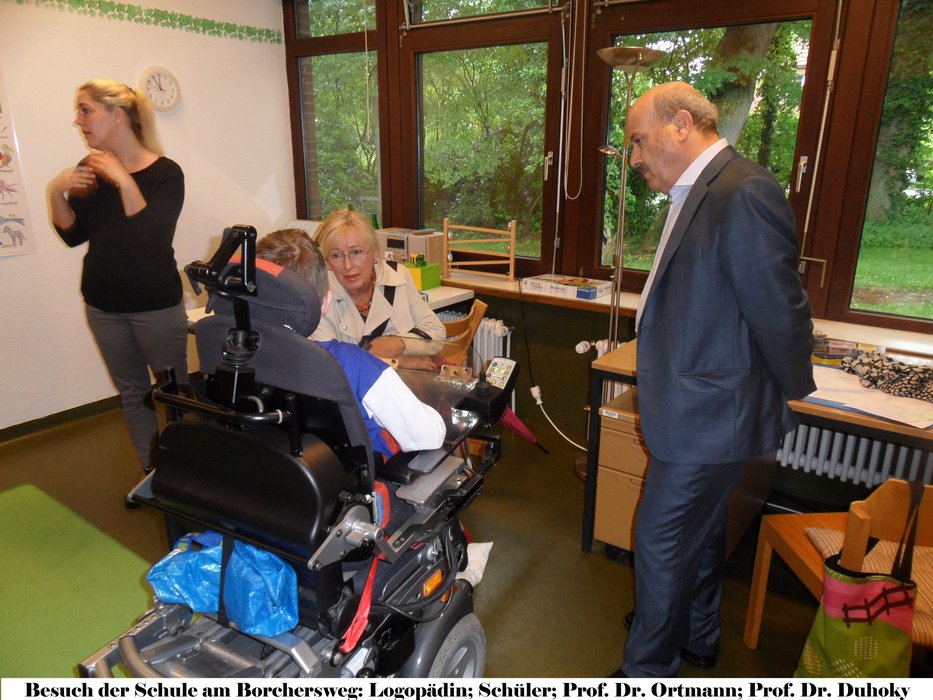 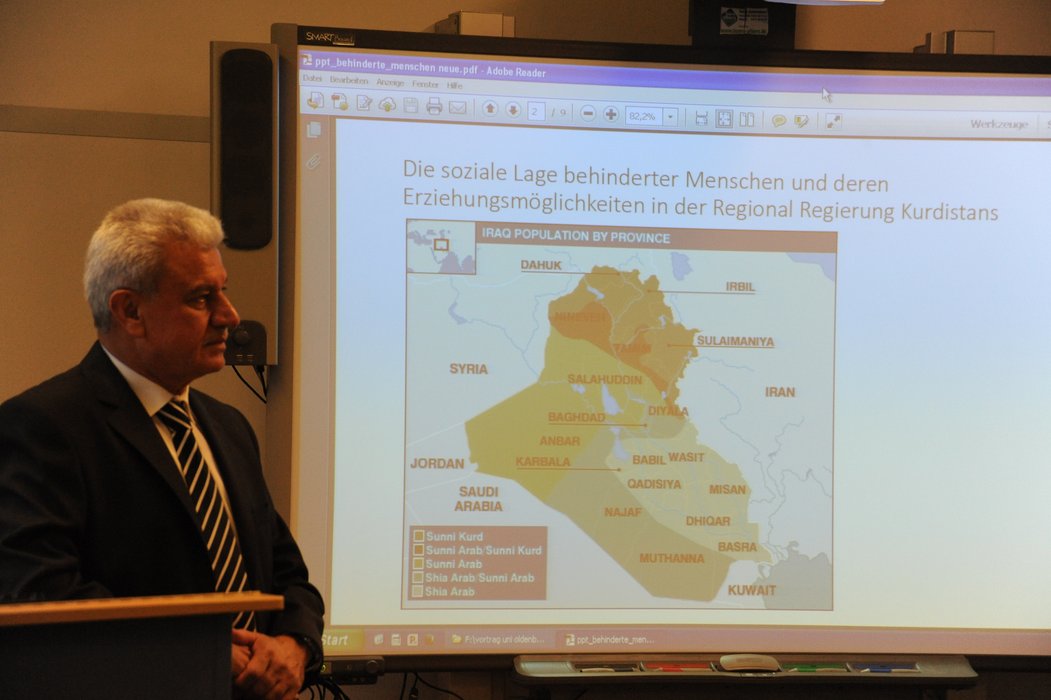 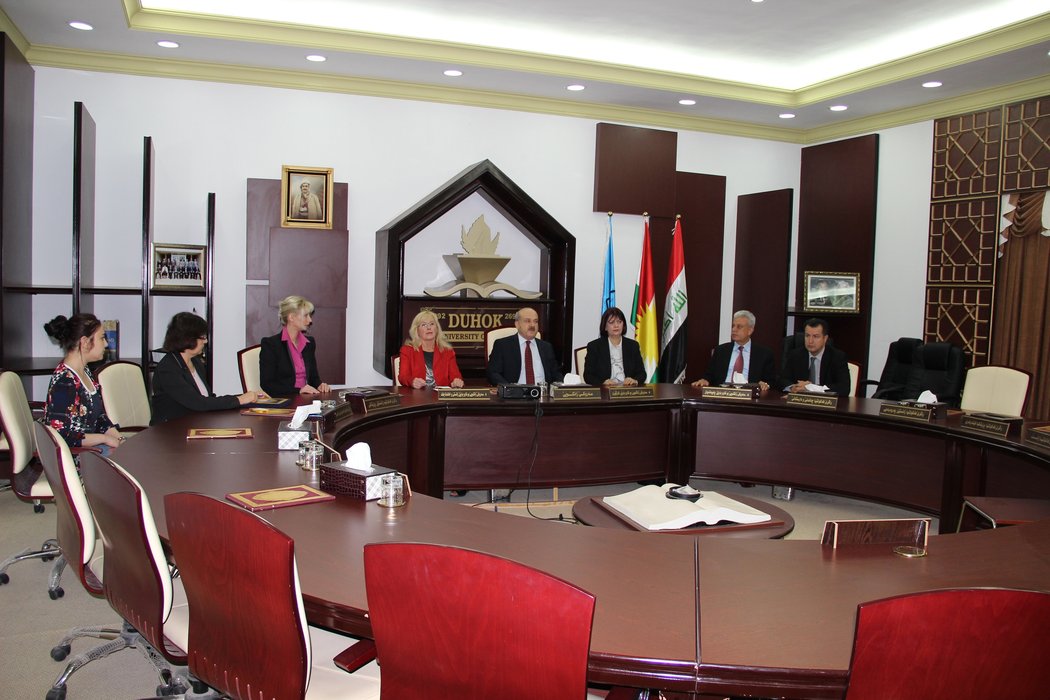 Meeting at the presidential chair, UoD 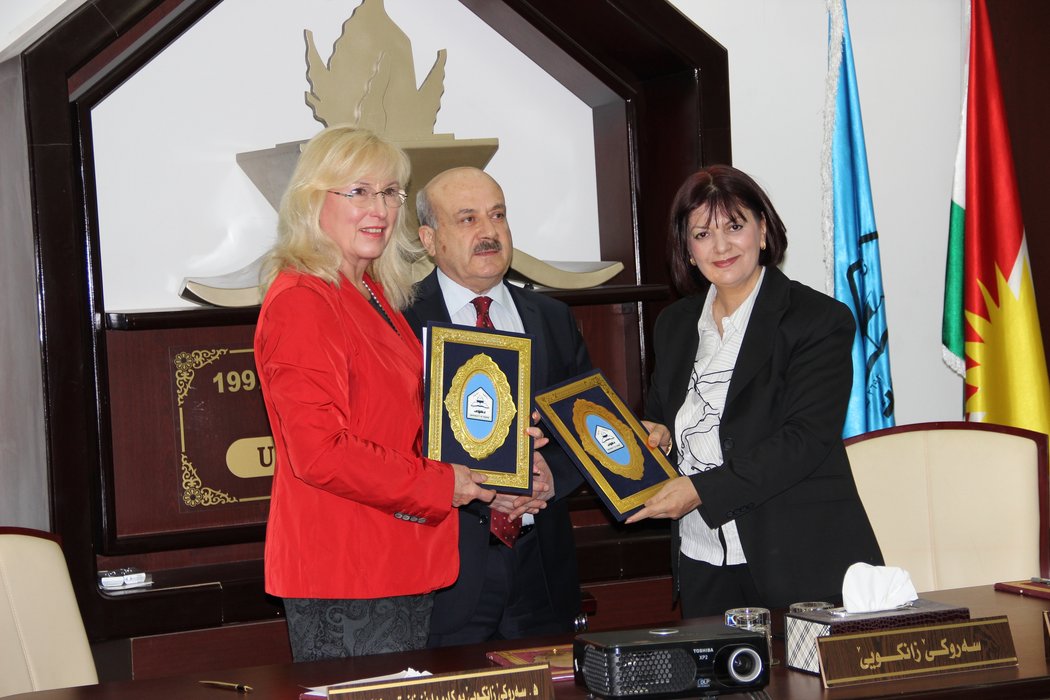 At the presidential chair, University of Dohuk 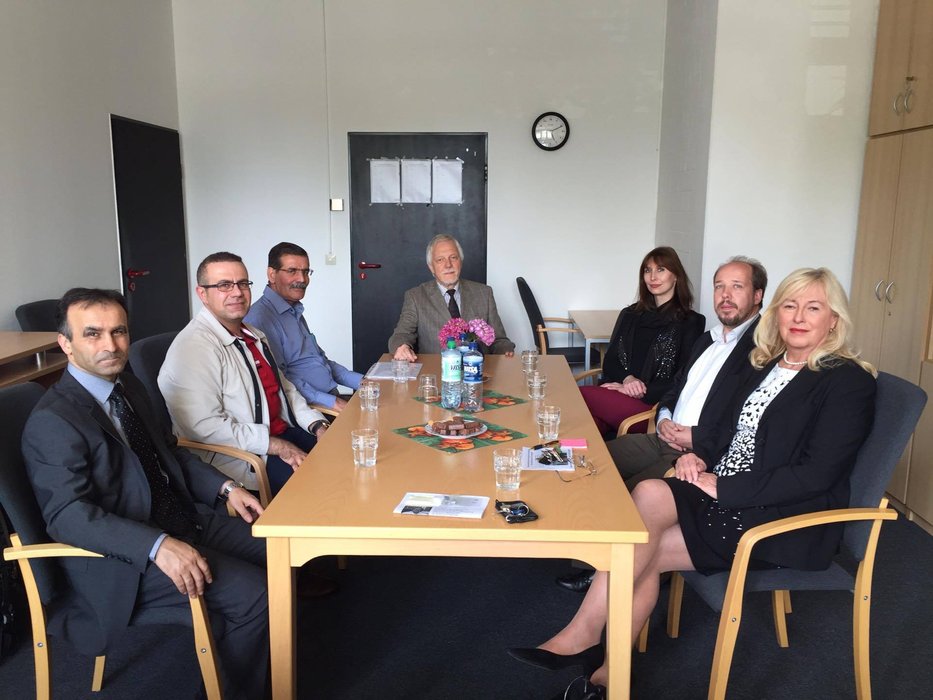