Head of the Department

The Department of Kurdish Language and Literature, with the establishment of the University of Duhok in 1994, it was opened in an academic and scientific manner as a department affiliated to the College of Arts and continued until 2006, when the department became affiliated with the College of Languages ​​and separated from the College of Humanities and is still continuing until now. Students are accepted annually in the three levels of Bachelor's, Master's and Doctorate. The undergraduate study system in this department consists of four years, and each year consists of two semesters, with 8 semesters as whole. In the end, the student obtains a bachelor's degree in Kurdish language and literature. Also, students in this department can continue their postgraduate studies at the master’s and doctoral levels with two specialists (general specialization of language and general specialization of literature), each of which falls into many specific and precise specializations that students can study. The master’s study began in the year 2000 in this department, and the doctoral study began in the year 2011, and so far, students are accepted in both specializations and at both academic levels, and the study is continuing. In this department, there are a good number of qualified teachers with postgraduate degrees who teach at the department, and 21 teachers in this department have doctorate degrees, 2 of whom have their scientific title as Professor, and 15 of them have their scientific title as Assistant Professor, in addition to 20 teachers from holders of a master's degree, 10 of whom have the scientific title of teacher and 10 of whom have the title of assistant teacher.

Vision of the department:

Mission of the department:

The department's mission is to provide a study program in order to obtain a bachelor's degree, a master's degree and a doctorate, with a specialist in literature and language in the field of Kurdish literature and language. This program consists of lectures and modern study in detail about the specialization of literature in stages, types and literary fields, as well as language at the three levels, in addition to an attempt to provide students with experience in practical aspects, criticism and analysis in a sophisticated manner in order to carry out successful work and gain an expanded knowledge. Certainly, the interest in the Kurdish language is according to the theories by which world languages ​​are analyzed, and the application of these theories to the Kurdish language better shows us the negative and positive aspects of the Kurdish language. On the other hand, this thing is considered an interest in literature and educating students about the methods and foundations of criticism and world literature and analyzing Kurdish texts and literary topics according to these theories and methods with the aim of enabling students from this aspect to serve the Kurdish language and literature.

The labor market for graduates of the department:

Of course, the labor market for this department is different from the rest of the departments, but despite that, the chances of finding work for this department are more related to government institutions, because the places where graduates of this department work are mostly affiliated with government agencies. But perhaps there are other job opportunities related to the capabilities and skills of graduates. After the student graduates from this department, he/she is able to work as a teacher in a particular school in order to take charge of the Kurdish language and literature lectures that are studied at all academic levels up to the twelfth grade in schools affiliated with the Ministry of Education. Also, graduates can work as a literary critic, writer, translator or researcher in a cultural or educational center. Graduates can also work in the field of language assessment in a government institution, especially media institutions, as well as in offices and printing and publishing institutions. Therefore, the best place to work after graduation is the work of teaching, printing, publishing and media institutions for graduates of this department, where they can work in literary programs on radio and television and in cultural centers in all departments and ministries in the country.

Objective of the department:

The main objective of establishing the department is to prepare students about linguistic capabilities and prepare the foundations for cultural and literary lessons in the field of Kurdish language and literature, in order to continue developing the study process and strengthening the scientific movement on an academic basis. Another goal of the department is also to develop the cultural level of students and to develop their scientific foundations, especially in the necessary fields related to Kurdish culture. Gaining the necessary information on the basis of strong and mother tongue and using scientific language in order to serve the Kurdish language and literature is also one of the goals of the department. 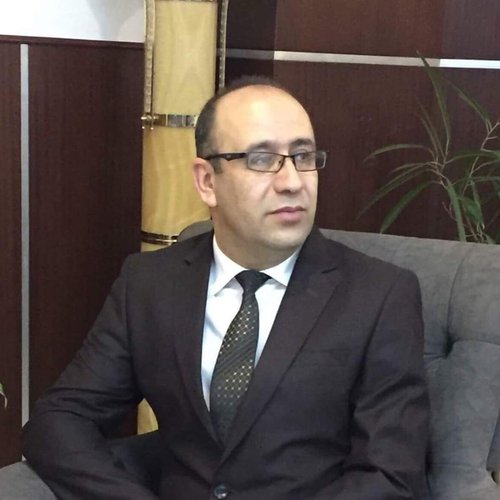